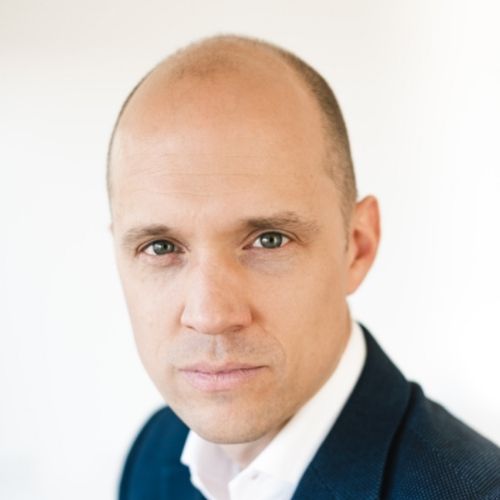 Tomas Baert is the Head of the Trade & Agriculture Section at the European Union Delegation to the United States. In this capacity, he oversees the planning, management, and coordination of EU trade policy in the US.

Tomas Baert is the Head of the Trade & Agriculture Section at the European Union Delegation to the United States. In this capacity, he is in charge of the planning, management and coordination of EU trade policy in the US.

Prior to moving to Washington, DC in August 2018, Tomas was the Head of Unit for Trade Strategy at the European Commission’s Directorate-General for Trade (DG Trade), where he led the team responsible for the 2015 Trade for All strategy and the 2017 Communication on A balanced and progressive trade policy to harness globalization.

He also coordinated DG Trade’s work on the withdrawal of the UK from the EU and the preparatory discussions on a future EU-UK trade relationship. From 2014 to 2016, Tomas was an assistant to the Director General for Trade, advising on the Transatlantic Trade and Investment Partnership (TTIP) and WTO negotiations. Between 2010 and 2014, Tomas was based in Geneva, where he served as a first secretary at the Permanent Mission of the EU to the WTO, handling multilateral negotiations on intellectual property rights and rules and competition policy. Tomas joined the European Commission in 2005 as a trade negotiator on services trade and investment. He was the EU’s negotiator on trade in services and investment for the EU-India free trade negotiations, as well as member of the team concluding the EU-Korea FTA. From 2007 to 2010, he was in charge of the development of a common investment policy – an area in which the EU gained exclusive competence in 2009.

Before joining the European Commission, Tomas worked for three years as a government affairs representative for US multinational DuPont on EU policy and regulatory questions relating to chemicals, biotechnology and trade, and researched the emergence of regulatory barriers to trade at the International Trade Policy Unit at the London School of Economics.

Tomas holds an MSc from the London School of Economics (LSE) and an MA from the Catholic University of Leuven (KUL), Belgium. He spent a term at the Graduate Institute of International and Development Studies in Geneva, Switzerland and completed the Mastering Trade Policy program at the John F. Kennedy School of Government at Harvard University.

In this panel, European and American experts discuss international cooperation to promote tech innovation while safeguarding national security, as well as current trends in export controls and investment screening.