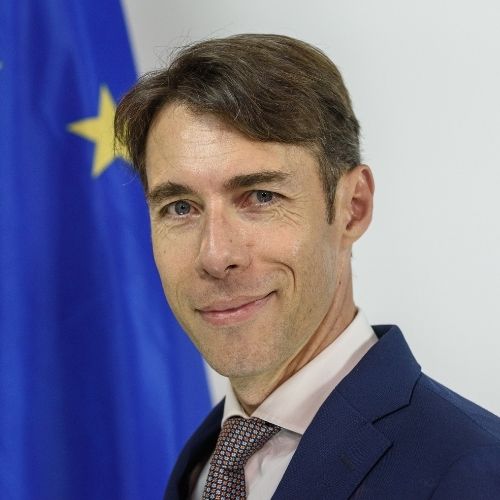 Thibaut Kleiner is the Director for Policy, Strategy and Outreach at the Directorate-General for Communications Networks, Content and Technology at the European Commission. During his 20 years at the Commission, he has worked with various issues from competition policy to supervised internet policies and 5G.

Thibaut Kleiner is the Director for Policy, Strategy and Outreach at DG Connect. He has worked since 2001 at the European Commission. The first ten years of his career in the Commission were spent in the area of competition policy (merger, antitrust and State aid). He was notably member of the cabinet of Neelie Kroes, Commissioner for Competition, in 2007-2010 and head of unit for State aid coordination in DG Competition. In September 2011, he moved to the digital policy area, as advisor of Vice-President Neelie Kroes, in charge of the Digital Agenda, and supervised Internet policies at large (Internet Governance, cybersecurity, cloud, data). From January 2014 to June 2016, he was head of unit in charge of network technologies (5G and Internet of Things) in DG Connect. From June 2016 to December 2019 he was the deputy head of cabinet of Commissioner Oettinger, in charge of Budget and Human Resources and he then came back to DG Connect to head the unit in charge of Research Strategy and Coordination.

An economist by training, Thibaut holds a Master from HEC Paris and a PhD from the London School of Economics.

Democracy and the Digital Generation: Shaping our Technological Future

In this panel, experts from both sides of the Atlantic discuss how the EU and U.S. can collaborate through the new trans-Atlantic Trade and Technology Council (TTC) and other multilateral forums to create an open, interoperable, and reliable digital space.