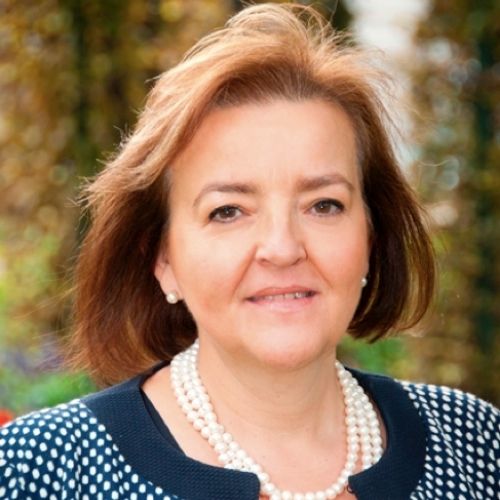 Clara de la Torre is the Deputy Director General in the Directorate-General for Climate Action in the European Commission.

Since 1 September 2019, Clara de la Torre has held the post of Deputy Director General in the Directorate-General for Climate Action in the European Commission. Prior to her current appointment, her professional career focussed on research and innovation policy. She had been Director for Transport in the Directorate-General for Research & Innovation from 2016 to 2019.

Previously, starting in 2014, she was responsible for Key Enabling Technologies, following a 3-year appointment as Director in the field of Innovation.

In her first post as a Director, from 2008 to 2010, she was in charge of inter-institutional and legal matters related to the Framework Programme at the European Commission.

In the late 1990s, she dealt with National Research Policies and Intergovernmental Cooperation. She worked at the EU Joint Research Centre in Brussels and Seville, where she was Advisor to the Director of the Institute for Prospective Technological Studies.

Before joining the European Commission, she had spent some years in the private sector.

Clara de la Torre has a degree in Economics and Business Administration from the Universidad Autónoma of Madrid.

The Energy Revolution Starts at Home

Learn about some of the initiatives from the EU and United States that are helping communities toward a sustainable future. You can join the energy revolution and fight climate change — right in your backyard.